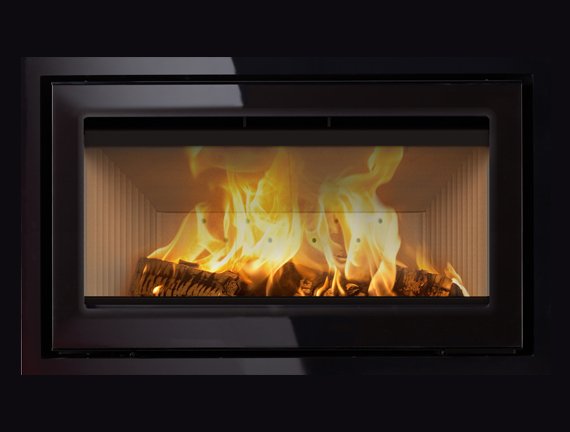 Your fireplace operates by introducing the right combination of fuel, air and heat. After the fireplace is running, the next concern is efficiency. More specifically, how completely is the fuel burned and how much heat does the fireplace produce. This is broadly known as efficiency. From a mathematical standpoint, efficiency is calculated by dividing heat output by heat input.

Efficiency is affected by temperature, turbulence, and time. These factors also impact heat transfer efficiency. Every substance has a minimum combustion efficiency needed for a fire to start and continue. High temperatures are essential to ensure all the fuel is burned up leaving nothing harmful in the area. Turbulence is obtained when the fuel molecules collide with the oxygen molecules. Your fireplace gas valve and flu adjusted appropriately ensures that this mixture is optimized for your safety. Finally, time refers to the amount of time needed for the fuel gases to remain in the high temperature combustion zone. This is known as residence time in the industry. As complete efficiency is approached, the only byproducts of the combustion should be water vapor, carbon dioxide, and non-combustible ash. Although complete combustion is always desired, often times a fireplace is not adjusted to achieve this goal.

Combustion efficiency is only half of the equation. The other half is the fireplace’s efficiency to transfer heat to the rest of the room. this is referred to as transfer efficiency. It is possible to have one and not the other. Heat transfer efficiency is mainly a concern for free standing stoves as gas fireplaces are mainly considered for recreational and aesthetic purposes. That said, this isn’t necessary always the case with the new fireplaces or older ones equipped with the right fireplace blower. A good blower creates convection, which helps transfer the heat away from the appliance.

A fireplace will not work correctly if the venting is too short, too long, or has too many curves. As a result, sizing and placement of the venting system must be carefully planned at the time of installation. 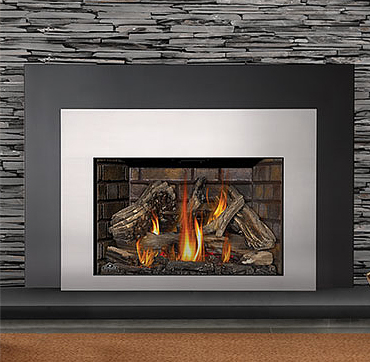 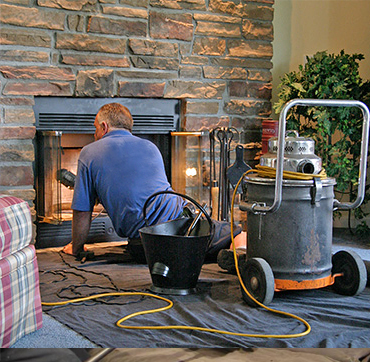 During a combustion process hydrogen and carbon atoms of the gas come in contact with the oxygen atoms. Heat is introduced to the mixture increasing the molecular speed of the gas and oxygen molecules. The speed causes the molecules to collide with enough energy to break old bonds and create new ones. Molecules then release additional heat resulting in a self sustained combustion. New products produced are carbon dioxide (CO2) and water vapor (H2O).

Incomplete combustion is due to inadequate oxygen in the air to fuel mixture. This can be caused by one or all of the following

The results of incomplete combustion can include poor equipment performance, sooting, and the production of carbon monoxide, which can be life threatening.

Carbon monoxide is odorless, colorless, tasteless, toxic and combustion-able at high temperatures. It mixes with the blood and reduces the bloods ability to carry oxygen to the tissues and organs of the body. Symptoms include nausea, dizziness, flu-like symptoms, and chronic fatigue. The effects are determined by the CO2 concentration and your health and age. High levels of CO2 can lead to brain damage, organ failure, and death.

Aldehydes are also produced from incomplete combustion. This can occur from flame impingement and contaminated air (lint, dust, hair). The result is a strong pungent odor. If aldehydes are detected, you can be sure that CO is present, too. Please note that CO can be present without aldehydes.

So, here I am. The fireplace is in a million pieces and it’s pulled apart so that I cannot even run diagnostics to narrow down the problem. This is worse case scenario for me. The problem is massive and another company already called it quits. That said, the customer called Gas Fireplace Doctors and if we can’t make things right – who can?

With that I started reassembling the fireplace so that I could run diagnostics. This entailed reconnecting all the wires, gas lines, and chimney flue. Unfortunately, I found that the other company had also left with some important parts, which made my job a little more difficult.  Putting the aforementioned pieces back together wasn’t too bad. The biggest problem was trying to figure out how the front of the fireplace  was assembled. There were a ton of trim pieces and brackets that all looked very similar and could possibly fit in many different ways. After about an hour I figured it out and could start my diagnostics.

First I tested to see if there was gas and that the gas pressure was adequate. I then ensured there was no gas leaks. Next I checked to see if we had spark. We did. Finally, I lit the pilot. Unfortunately, every time I depressed the pilot button the gas would shut off and so would the pilot light. As a result, I tested, cleaned, and adjusted various components and determined that the gas valve needed to be replaced.

This gas valve was built in Canada and had to be special ordered. Once received, I returned to the job and pulled the entire fireplace apart so that I could complete the repair. The new valve was a retro-fit meaning it was not exactly like the old gas valve. This entailed installing a new sparker and gas valve mounting bracket. Getting these parts installed was difficult due to the tight space. After several hours I got everything back together and tested the system. Did it work? Yes – if I bypassed the switch. After some more tinkering I got the switch to work, too.

In summary, this job was  difficult and time consuming. In the end, the customer got a really good deal and we were happy to help. It felt great to save the customer thousands of dollars and to help re-instill their confidence in humanity.

A vented gas fireplace is where you have a fireplace that is vented to the outside. This fireplace is generally safer and can be run for long periods of time without causing your room to be too hot. This is the most common type of gas fireplace int he Denver area.

A fireplace that is not vented means the air that it consumes comes from the room where the fireplace is situated. In addition, none of the heat it produces escapes to the outside. This type of fireplace produces a ton of heat and has to be cycled on and off throughout the day.

Gas fireplace logs are specially designed to appear like real logs without actually burning. Generally, gas fireplace logs should last as long as your fireplace is in service. Be careful when attempting to remove the logs as they can break if secured tightly to the grill. Many times the logs can be lifted off without any problems; however, sometimes they are screwed into the base and/or other logs. Take pictures before removing the logs and set the logs down in an organized manner so that you can put them back the way they were found.

Believe it or not…quality gas logs are expensive to replace meaning they can cost up to $200. The goal of a good gas fire log is to provide the most realistic wood burning fire possible. There are different textures, colors, and sizes. In general, your gas logs should fill the fireplace – meaning, you don’t want logs that are too short.

A gas fireplace is a system that controls the flow of gas to a main burner where it is ignited to create your fire under the fake logs. A gas fireplace burns either natural gas or propane. Unless you see a propane tank in your yard, your fireplace probably burns natural gas.

The gas to your fireplace is regulated by a gas control valve that has a series of sensors and magnetic valves that open and close when certain heat conditions exist or don’t exist. Some fireplaces have many safety backup systems and others don’t. The latter are typically older gas fireplaces built when safety mechanisms were not as common.